February 3, 2021|Industrial Hygiene in the Workplace 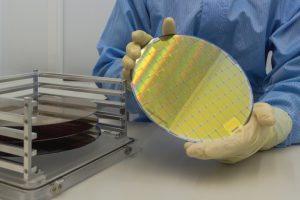 For the purposes of this article I’ll only discuss particulate monitoring, since it’s what I’m most familiar with, but similar issues exist with gas sensors and other environmental sensors, to some degree.

Particle counting as an industry was born largely to address yield problems in semiconductor manufacturing. The explosion of semiconductors in the 1960-1970s revolutionized the world; circuitry that, prior to this time, was large, bulky and drew loads of power was being quickly replaced by miniature, solid-state circuits produced at fractions of the cost. 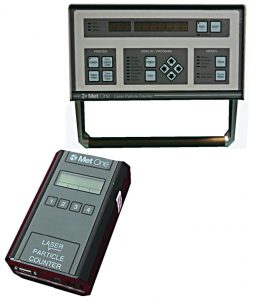 The miniaturization meant the very small geometries in these circuits could be compromised by airborne (or liquid-borne) particulates inadvertently deposited on the surface of the circuitry during the manufacturing process. Particulates above a specific size (dictated by the process geometries of the devices being produced) could cause shorts or opens within these circuits—causing them to malfunction or fail.

Since many of these circuits were manufactured simultaneously (on the same silicon wafer), even short-lived air quality issues could destroy large numbers of these devices. In order to ensure that particles above a specific threshold size were kept to an absolute minimum, semiconductor manufacturers built large, expensive cleanrooms with extensive filtration to attempt to ensure that the air in their manufacturing environments was kept as free of particulates above that threshold size as possible.

Of course, installing filtration was no guarantee that this would indeed be the case. There are lots of ways that filters can fail and that clean environments can be compromised, so it was an ongoing battle to ensure that the environment was kept within the required tolerances for the process in question. The major tool that was used to ensure this was the optical particle counter.

Simplistically, these instruments sample the air in an environment by passing it carefully through a chamber where a light (typically a laser) shines a ribbon of light through which the air passes. If the air is perfectly clean, it passes through the ribbon without scattering any of that light.

However, when particles are present, they scatter light as they pass through the beam; the amount of light scattered being proportional to the size of individual particles. A detector would measure the scattered light and update one or more internal counters based on the amount of light for that particle. So, in this way, an instrument could count all the particles passing through an instrument and report on how many particles were seen during a sample period, sorting them in various size bins (or channels).

The manufacturer could then look at these readings and determine whether the quantity of particulates above their specified threshold was acceptable. Having this information in real-time (as opposed to capturing a sample of air and sending it off for analysis) allowed them to more tightly control their process and respond more quickly to events, saving huge sums, in many cases.

The early instruments were very crude, incorporating only discrete logic chips (no controllers or onboard processors). They would simply have manually calibrated thresholds that a technician would adjust; these would drive binary counters and then periodically shift these counts to small numeric displays before resetting themselves and restarting. There was no logging, no control and only a few features.

These products were a commercial reaction to a pressing need, and a number of vendors sprang up to meet the growing demand. There were no standards as to how this should be done, with each company developing their own solutions based on this basic principle.

Eventually, these products would find their way into all industrial cleanrooms (i.e., disk industry, life sciences, etc.). Of course, it only makes sense to measure what you’re trying to control, and the more important that control is, the more critical the measurement becomes. 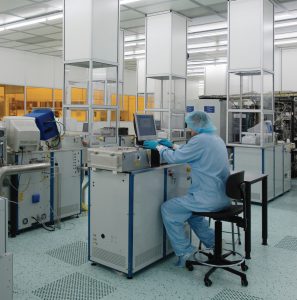 At first, semiconductor companies were created by mavericks developing products and bringing them to market, often as fast as they could. They strove to provide process control but these companies were startups with limited resources, very short design cycles and large process geometries (by today’s standards). So, they could get away with instruments that were “reasonably accurate,” and processes could be tuned to the instrument you had in hand.

However, as the semiconductor industry matured, geometries dropped; production volumes soared; and it became increasingly important to fine-tune the manufacturing processes and, in most cases, transfer these processes offshore.

In order to do that, they could no longer rely on the instrument they’d used to fine-tune the process on their pilot line; they had to be able to specify a process using parameters that could be measured using any “standard” instrument. Unfortunately, no such standard existed.

A client could buy instruments from two separate vendors and find that particle counts between these instruments varied dramatically (dramatically enough to make it impossible to reliably transfer a manufacturing process).

Even more worrisome, two instruments from the same vendor could also vary dramatically. So, significant pressure was applied to the vendors to come up with a solution to standardizing the manufacture of these instruments, so that a client could buy instruments from a variety of vendors and have them agree on particle density and distribution (by size) within an environment.

This process took some time, and initially a Japanese standard (JIS) emerged. This was then supplanted by an international standard (ISO 21501-4), which became a requirement for anyone supplying the cleanroom industry.

The standard was created by the manufacturers in response to the above pressure and codified various tests required to create an instrument that would provide accurate air quality measurements.

It’s interesting to note that this standard initially made it impossible for any of the current manufacturers to ship a product that met the standard. Every one of them had to go through a significant redesign process in order to meet this new standard. It’s certain that some of the smaller manufacturers could not meet this standard and many potential manufacturers have been unable to clear this hurdle and bring credible products into the space. But, made it possible for instruments that met the standard to agree with a much higher degree of correlation on the particle counts by size within an environment.

This made it possible for the cleanroom industry to rely on these instruments to control their processes.

Because of ISO 21501-4, all of our instruments track similarly. And, with a high-quality calibration system, we’ve found that instruments calibrated many months apart also track with similar correlation.

Where to Go From Here

So, what does this mean for the commercial air-quality space? It’s important to note that what drove this growth and the development of these instruments in the cleanroom space was the enormous demand for these products.

Because of that demand, the industry grew quickly with whatever instruments were at hand, initially being consumed by clients without much oversight or discrimination. We believe that we’re seeing similar conditions today in the commercial air-quality space.

There is an enormous appetite for instrumentation and sensors to monitor air quality in many environments and applications. Unfortunately, many of the vendors in the space are making unsupported or misinformed claims and selling entirely unsuitable products to unsuspecting clients who have no simple means to determine suitability.

We believe clients will soon demand that these instruments meet some air-quality instrument manufacturing standard (yet to be defined). Doing so will certainly change the playing field and move us toward the day where a client can choose between various instruments, based on features, price, service, etc. The hope is that they will be able to rely on a manufacturing standard that ensures accurate information and instrumentation. IHW

[Editor’s note: This article is part of a three-part series, used with permission from Particles Plus. It first appeared in Healthy Indoors magazine and is used with permission. For the entire series, go to https://particlesplus.com/air-quality-instrumentation-a-history/]

David Pariseau is an embedded systems design engineer with 36 years of development experience in consumer electronics, financial payment, medical devices, lab instrumentation, industrial controls and machine design. The original founder of Lighthouse Associates (now Lighthouse Worldwide Solutions) in 1985, Technology Plus in 1995 and SinoEV Technologies in 2009, David co-founded Particles Plus in 2010. The company’s focus is to bring quality products into the mainstream, commercial air-quality monitoring space. He can be reached at dpariseau@particlesplus.com .

Living & Thriving in a Pandemic: How to Manage a Safe Return to Work

Danny Shields, Contributor Most would agree we're living in a new world during a global pandemic, which means things we've never worried about are now front ...
Read More →

Six Steps for Selecting PPE for the Oil & Gas Industry

Considerations for Dust and Fume Control in the Workplace

By: Ashley Griesenbrock, CIH, CSP, Contributor You may think of “dust” as just a nuisance in the workplace; however, dusts and fumes in the workplace can ...
Read More → 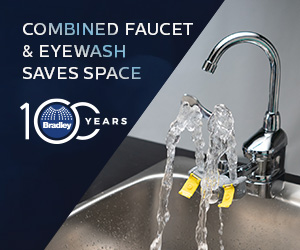 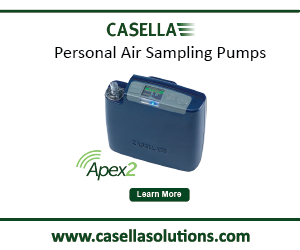