April 19, 2021|Industrial Hygiene in the Workplace 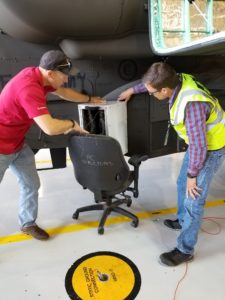 The National Institute for Occupational Safety and Health (NIOSH), in partnership with the National Hearing Conservation Association (NHCA) and the Council for Accreditation in Occupational Hearing Conservation (CAOHC), recently announced the winner of the 2021 Safe-in-Sound Excellence in Hearing Loss Prevention Award™ at the 45th annual NHCA conference:

The Apache’s environmental control system is an air-conditioning system used to keep electronics and the cabin cool. Four ducted fans or exhaust outlets on the sides of Apache run quickly to move air across the condenser. The fans are extremely loud, with high-pitched noise levels ranging from 84-104 dBA.

Production employees and in-house engineers worked together to develop a noise suppression kit, or “hush kit,” to reduce noise levels when testing the helicopters. The kit consists of a baffled box with sound-absorbing foam which is rolled and situated against the exhaust outlet. This cost-effective solution reduced noise levels by 50-72% to ≤85 dB when workers are 5ft from the source. 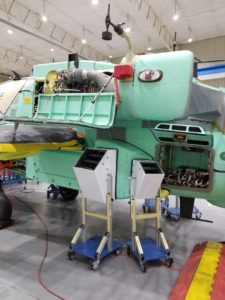 “Although the AH-64 Hush Kit does not relieve individuals from using hearing protection, it is simple in design and makes life a lot more enjoyable working around an energized AH-64, greatly reducing the noise and comfort levels on and around the aircraft. It’s helped with my tinnitus, which the AH-64 ECS had previously aggravated,” said Stuart A. Lange, Apache Production Flight Tester.

The Safe-in-Sound Award™ recognizes organizations that document measurable achievements in hearing loss prevention and disseminates information on their real-world successes. Interested in applying or nominating others for this award? Visit https://www.safeinsound.us/. IHW

© peterschreiber.media - stock.adobe.com By: Gregory A. Flamme and Kristy K. Deiters, Contributors Employers may elect to adjust observed hearing threshold changes as an attempt to ...
Read More →

The Future is Here: Technology in a Pandemic

Many companies have em- braced technology during the COVID-19 pandemic. From remote communication tools to AI to EHSQ software, never has technology been more necessary to ...
Read More →

Combustible Dust Explosions: Are You at Risk?