Mitigating Overexertion in the Workplace

October 10, 2019|Industrial Hygiene in the Workplace Raise your arms parallel to the floor and hold for about 60 seconds. Now, imagine performing that same exercise for an eight-hour workday. Factory workers are far too familiar with the burning, shoulder-breaking work that these repetitive motions require of them, and employers are feeling the (financial) burn, too. According to the Bureau of Labor Statics, nearly 3 million on-the-job injuries occurred in 2017 alone.

To help mitigate the costs of overexertion, some factories have resorted to designing seated working environments, forcing a trade-off between fighting fatigue and maintaining levels of productivity. Once the stuff of science fiction movies, exoskeletons have emerged as one of the most beneficial and necessary components of a trade workers uniform. With an unobtrusive device built to enhance human performance with machine power, workers can accomplish more with less effort and less pain.

As an increasingly popular alternative to traditional approaches to manual labor, global demand for exoskeletons in industrial workplaces is strong and growing rapidly. According to ABI Research, the total addressable market for industrial exoskeletons exceeds 2.6 million units, and revenues are expected to reach $5.8 billion by 2028. Considering an aging workforce and an increased demand for more skill specific trade workers in factory jobs, companies are just now realizing the importance of keeping their employees physically well and able to do their jobs.

The science and technology behind exoskeletons have been around for decades but has primarily been focused on aiding those with disabilities. Not until recently have industries such as automotive, aviation, manufacturing and construction been able to reap the benefits of providing solutions to enhance human capital, due in large part to the variety of categories exoskeletons fall within: Exoskeletons are revolutionizing factory workplaces by providing all-day ergonomic support, reducing muscle fatigue and lowering exertion levels by up to 80%. For workers, this means less pain and strain in their day-to-day activities; for businesses, it translates to fewer workplace injuries and greater efficiencies in their production lines. With tangible results that impact health, productivity and output, manufacturing companies continue to realize the benefits of exoskeletons and are beginning to implement the device as a mandatory technology in the workplace.

Acting as an extension of your own capabilities, an exoskeleton’s design is dependent on the technology upon which it’s created. A design like Levitate’s AIRFRAME exoskeleton, for example, is an upper body frame that use a system of springs, cables and pulleys to transfer weight from the arms to the outside of the hips, easing the strain of overhead work. When a worker raises his arms, the exoskeleton provides a counterweight that makes the arms feel buoyant, as if the upper body is suspended in water. The system gradually releases as the limbs are lowered, allowing the arms to hang unassisted. Factory workers who’ve tried exoskeletons report less back and shoulder pain and go home at night more active and relaxed, according to exoskeleton manufacturers and employers.

Commercializing exoskeletons for industrial purposes have broken down many of the cost barriers prohibiting companies from potential adoption. In addition to the breadth of industries exoskeletons can benefit, trade workers across a variety of job functions are finding the devices useful in their day-to-day tasks. From product assembly and frame inspections at an automotive factory, to material handling and inventory management in a manufacturing warehouse, exoskeletons provide the support required to complete repetitive tasks more efficiently and productively.

The production of more accessible exoskeleton designs has brought the concept of maintaining human capital and reducing workplace injuries to the forefront in industrial environments. Without sufficient support, employees are more prone to make mistakes—causing them to fatigue earlier and more often. For companies looking to take advantage of robotic innovation and advanced technologies for their employees, early adoption is a key driver in leveraging the benefits of exoskeletons in the workplace.

“WHY Do I Need to Test this Material When it Does Not Look Like a Dust Cloud?”

Rachelle Andreasen, Contributor The above question is a regularly searched internet question. In an effort to help customers understand the importance of evaluating “dust” hazards within ...
Read More → 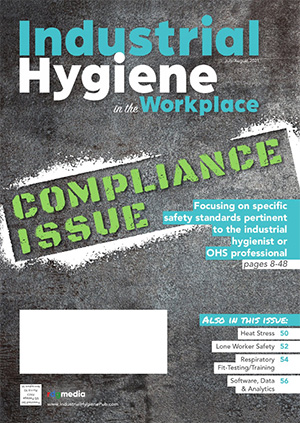 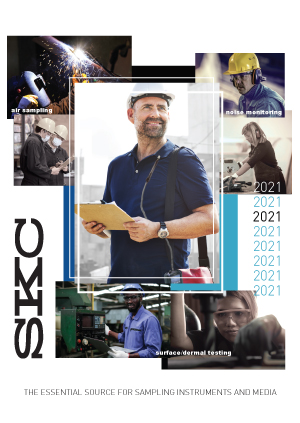 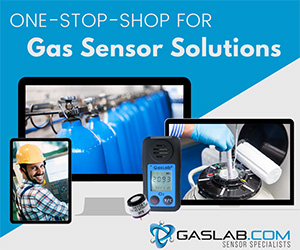